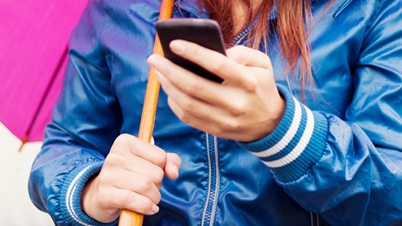 Geotargeting and push notification features are among the many incremental steps forward that broadcasters are embracing to make their weather products as relevant as possible in a world where weather information is increasingly consumed on mobile devices — and not necessarily via TV apps.

When KSL chief meterologist Kevin Eubank pushes out weather notifications, he’s not thinking in terms of a single audience. He’s thinking about geo-targeting bikers and hikers in the mountains, urban commuters getting ready for work and other users in specific microclimates within his large Salt Lake City market (DMA 34).

Eubank is using new video geotargeting and push notification features of the Weather Company’s Max Engage with Watson platform. By adding these features, the vendor says it will be easier for presenters to go hyperlocal and tell weather stories that are more relevant to smaller audiences in specific microclimates.

“From a meteorologist’s point of view, this is as good as it gets,” Eubank told TVNewsCheck. “Before, we used to go on radio or TV and broadcast this broad message out. Now, you have the ability to target the audience — not with a broad brush, but targeted, specific for where you are, and even targeting the activities they are participating in.”

Max Engage with Watson’s new targeting features are just one of many incremental steps forward as broadcasters seek to make their weather products as relevant as possible in a world where weather information is increasingly consumed on mobile devices — and not necessarily via TV apps.

“The geotargeting can be anything from the entire DMA, down to particular states, down to counties, down to very small regions and areas where the weather is going to impact people,” says Rodney Thompson, senior offering management leader at the Weather Company.

Some of the most recent developments promise to give meteorologists the tools and ability to quickly and interactively customize weather reports and provide details that will resonate with users in specific geographic locations.

“For the presenter to really go on-the-fly wherever the data might take them and tell that story is really powerful,” says Bill Boss, director of product management for AccuWeather’s Display Systems and Services Group. “This gives them a lot of flexibility in terms of the kind of data they want to show at a particular moment in time.”

“For me, it’s very versatile,” says Jeff Lyle, Media Gateway’s CTO-managing partner. “I can jump from one market to another in seconds, and it updates its radar, temperatures and conditions in real time, very quickly off IP Internet, as opposed to waiting for satellite.”

After looking at several systems, Lyle says Media Gateway chose StormDirector+ based on its ability to isolate multiple zones within a city, town, or community where there may be potentially significant differences in weather conditions and forecast. “It’s built around touch screen, so [the meteorologists] are able to touch parts of town and expand for severe weather, precipitation or forecasting,” he adds.

“That’s easy to do on the fly … they can do whatever they want on that screen to help viewers get the most up to date information.”

Although better localization of broadcast weather reports can help, consumers are clearly demanding and increasingly expecting localized weather by smartphone.

In a survey of 1,500 users of mobile apps from Newscycle Solutions, 33% said they use the apps to open weather content — higher than any other content type. Local and national news ranked second and third in user open rate, respectively.

Remarkably, that seems to be a mismatch with what the publishers are actually sending out via push notifications. Weather, sports and entertainment news represented 10% or less of the content types pushed, compared with local news at 35% and national news at 24%.

The bottom line, according to Newscycle, is that mobile app users are looking for pushed content that is personalized to their preferences and interests. Toward that end, Newscycle offers geo-located weather and traffic through their apps. “We have over 500 apps in market, and they’re using this reliably and efficiently across the board,” says sales engineer Geoff Kehrer.

Newscycle offers weather.com, WSI and Baron as weather providers, and integrates with National Weather Service (NWS) notifications based on a user’s location. In order for the geo-located services to work, users need to ensure that location services are enabled on their devices, and sites need to have Newscycle’s push notification services as part of their mobile package.

“The app gives us geolocated severe weather alerts, and I think that is really important,” says Cory Kampschroer, digital media director for KSTP.com in Minneapolis. “Within the past year, that was one of the best updates that we’ve done. I know users will consume it, because I know once they get that push alert they’ll say: ‘Boy, this directly impacts me. I’m going to open it.’ And if we can do that, that’s a big step.”

Steve Schwaid, VP of digital strategies for CJ&N, says Facebook’s play to take over local weather should be concerning to stations. “I think at this point, anything a station can do to drive users and viewers to its platform is a good strategy to improve their usage.”

According to CJ&N research, less than 20% of smartphone users with weather apps are using station apps. Schwaid says some users say that station apps are too slow, while others say the info is relevant or updated enough for what they need to know.

Schwaid says that while surveying Hurricane Irma coverage, he was surprised to see some automated station apps in affected areas showing essentially the same thing as other station apps — no local information, and nothing about evacuation shelters, power outages or emergency contact numbers.

Stations should be looking at how they can move beyond automated content and leverage geo-targeting and other features that would help make weather content more relevant to users and viewers.

Right now, vendors are building in features and many stations “are using a fraction of it,” Schwaid says. “Meanwhile, Facebook is saying, ‘what are you looking for in the forecast of the day? I’m going to get it to you, and you will not leave our platform.’ ”